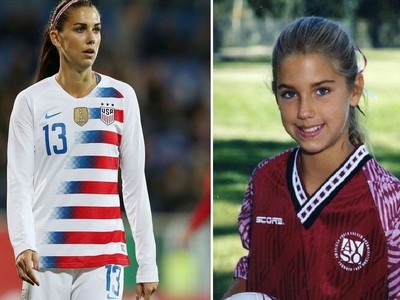 Actually her health hack is very easy. It is not about doing something, just about not doing something.
I think it is best to let USWNT soccer star Alex Morgan talk herself!
Alex Morgan is vegan because she loves her dog, Do you also have a dog? How does it feel to pet your dog while you eat other animals?

Alex Morgan is part of a growing trend, that athletes of all sports get more concious about their body, their health and about other living creatures.

“I’m passionate about giving animals a voice,” Morgan told Reuters recently. “I even adopted a vegan diet, because it didn’t feel fair to have a dog I adore, and yet eat meat all the time.”

Along with Morgan — and five other women on the U.S. world cup soccer team, plus retired World Cup player Heather Mitts — other pro athletes who eat vegan include tennis star Venus Williams (who went plant-based to improve symptoms of her autoimmune disorder, reportedly to great effect) and Olympic cyclist Dotsie Bausch, who is so passionate about the issues involved that last year she formed a nonprofit called Switch4Good, promoting science-based benefits of a dairy-free lifestyle. She said in the documentary The Gamechangers: “When I went plant based, I wasn´t sure, if I am gonna survive. And I actually became like a machine”. (See trailer below) 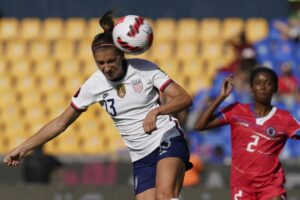 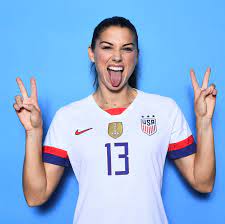 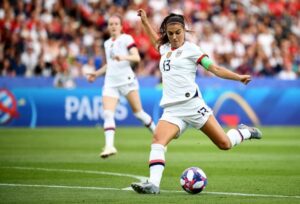 If you decide now to become vegan, its fine. If you decide veganism is not for you, also fine. It is your body and your future, you have to live inside of it every single day. But if you want to switch to a plant based diet now, it is very important that you read this:

There are several vitamines and mineral nutrients that your body needs on daily basis. The most critics of a vegan diet say that you get sick because your body gets not enough of this nutrition. They are right. The only thing that they do not tell you is that this nutrients are also not in animal products naturally. Like for example Vitamin B12. Wikipedia says: “the only organisms to produce vitamin B12 are certain bacteria, and archaea. Some of these bacteria are found on plants that herbivores eat” (not in industrial farming) In the industrial animal farming the Vitamin B12 is supplemented to the food of the animals. So the meat eaters have normally more Vitamin B12 than vegans. Vegans need to take supplements themselves to have enough Vitamin B12.

Another important mineral nutrient is iron, especially for you as a female. During your period you lose blood, which contains a lot of iron. So you need to be aware that you need to comensate that with your nutrition.

Three other things are calcium, Vitamin D and protein. But with a well-balanced nutrition and enough sunlight, they will not be a big problem for you. But if you want to know more, make your own research.

In the end I want to say that you should avoid highly processed food as well as unhealthy vegan stuff. The documentary The Gamechangers for example shows some football players eating vegan fastfood. I would not recommend that.