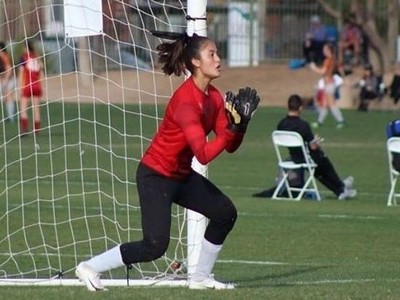 My name is Kimberly Estrella Guerrero Padilla. I am a 17 year old girl from Mexico. I play soccer since I was 10 years old. My history in soccer is similar and too different from the others. I practiced all sports gymnastics, karate, basketball, tennis, athletics and many others. Soccer had not caught my attention so much until at the age of 8. My dad took me to all his games and saw him play as he said I am great with the ball.
I continued in gymnastics until 10 years of age. Then I told my dad I want to be a footballer like him. At that moment my life changed and everything became football. My father started training me. Thanks to him and my mom, I got very far. When I was 11 years old, my dad got me into two atlas men’s soccer teams.

In a game there were spectators. They saw me and they gave me the invitation to represent Guanajuato with the Guanajuato team. We went to the national team, but we never won to the front. They put me on defense because of how high I tried.

After that I had many scholarships for my High School. So I entered a scale called Itesba, at 14 years old I already played with High School and university. At 16 years of age I was invited to a national with my school we won thanks to me we were 2-1 with my 2 goals. I saw that there were many viewers and there it all started they invited me to play with the under-17 of León. 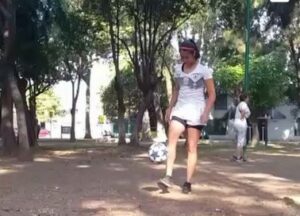 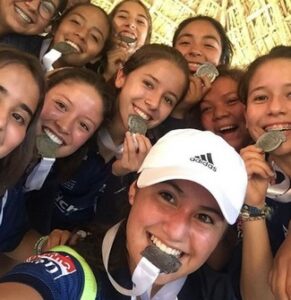 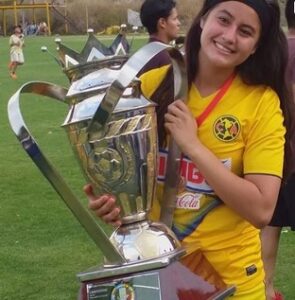 I WAS CHOSEN FOR THE CLUB AMÉRICA TEAM
Then I did tests for the club América team of 38 girls we were 8 and of those 8 only 2 we were the ones who traveled to Coapa Mexico. Arriving there there were other filters to pass in total we were 58 girls. After several filters only 2 were chosen and one of them was me.
I started to play for the club América in its sub-17. It lasted a long time until Querétaro saw me and they made me part of them and I played for the Querétaro club in its sub-17. Only few girls could go to a tournament called the biggest cup in las vegas Snowfall. Out of those girls they chose me to go. When I went I played with a team from Los Angeles. I started to play goalkeeper in the tournament and I got many scholarships for college.

Now my life is focused on being a lawyer in the United States and maintaining my good sports scholarship.