Hi, my name is Ella Santarsieri. I’m 12 years old and have been playing soccer since I was 4. I´m from Winnipeg, Manitoba!
When I started I was 3 and the ball with my dad. Playing small games I started when I was 5 years old. This time I was very motivated and energetic but a little shy when playing against others.

After a few years of playing with a small group I was ready for a bigger challenge. So I joined my first club team. At the age of 9, I played for Bonivital SC. There I was scoring goals and having so much fun!
Loving the challenge I trained every day to get better. A couple of months later I joined a camp called World Soccer Academy, There I learned so much about the beautiful game.

MY LEARNINGS IN THE CAMP
On some key game aspects I worked on . This was including skill, touch, positioning and much more! This camp gave me the solid foundation to take off in my soccer journey.
Now I am on Bonivital SC and part of the Whitecaps Fc Rex program! 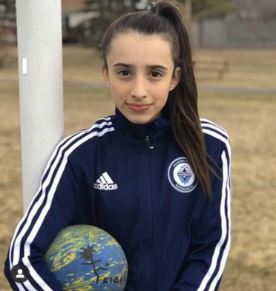 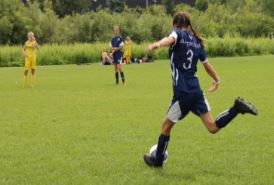 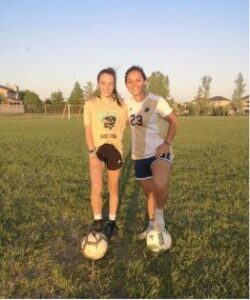 There were had many struggles throughout the years. But never gave up and stayed motivated!
Some of my biggest achievements were being selected to travel to Roma and train in Italy. Being selected to go to Vancouver and play against girls a year older than me. And being preselected to play for a team in my city!
My position is attacking midfield and love to score goals and make plays for my teammates.

I really enjoy the challenges this game brings me and love my teammates and soccer sisters!!
I have learned so much since I started playing. Including to never give up, always be a leader, stay positive, and stay motivated.