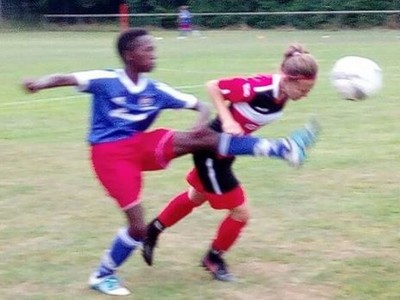 Hey, my name is Lucia-Maria Schirling I am 16 years old and I am from Germany. Since I was 3 years old I play soccer.

I started playing in my village club, because I was too young and there was no team for my age. So I played in the team of my 2 years older brother. I had a lot of fun even though everyone was older and bigger. And I was the only girl in the group but I never lost fun. When I was 5 years old I joined my brother’s team. My father soon realized that I had talent. I went to the soccer field with him when I was 5 years old and trained.

Even as a small child I was very ambitious and never wanted to lose. When I got older, I changed clubs, where I became champion with my boys team. There I was voted best player of the season. I think it helped me a lot that I played with the boys, I learned to assert myself . Even if I was often looked at stupidly because I play football, I didn’t give up and bow my head.

When I was 10 years old I moved from my hometown Regensburg to Nuremberg to go to a sports school there. Actually I wanted to go to a boarding school, but I was too young for that. So my father, to whom I owe a lot, moved with me. A lot has changed for me this year. I have become more mature, more self-confident and more independent. 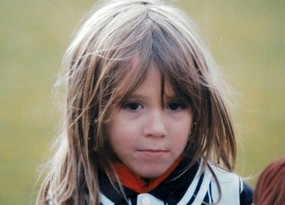 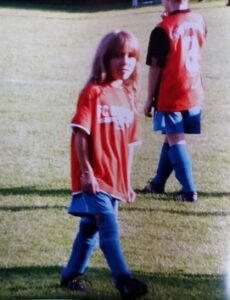 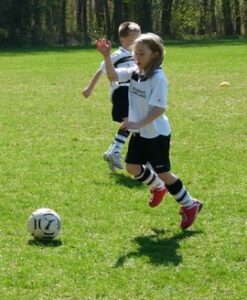 THE FIRST TIME PLAYING IN A GIRLS TEAM
But the biggest change was not to live in a new city. But my new club, the 1.FC Nürnberg, where I played with girls for the first time. I already played in the U15 when I was 10 years old, which means that I played with 4 years older girls. But also against them. In the new school I always had training before school, Therefore I usually had school until 16 o’clock. And after school I trained with the club again.

After 2 years I changed the club and went back to the boys, but then I had a knee injury. The doctors didn’t know what I had, I was thinking about quitting football. But thanks to my father I never stopped following my passion of playing football. It were two difficult years for me. After months of training without ball, finally after a training with ball my knee hurt again.

Months went by, I have never stopped fighting and never stopped training. After these 2 years was the most successful year of my career so far we have moved up and I have personally changed as an athlete and as a person very much. I never had thought since then to give up my dream of professional footballer. And I can say that through this injury I have come a little bit closer to my goal.

So never stop giving everything for your dream. Do what is necessary and even more. never give up and train hard, because only talent is not enough. But the most important thing is to have fun.